Alas, we're not prepared to tell you where it all began just yet. Come back

​ later and all will be made clear.

Meanwhile, take a look at 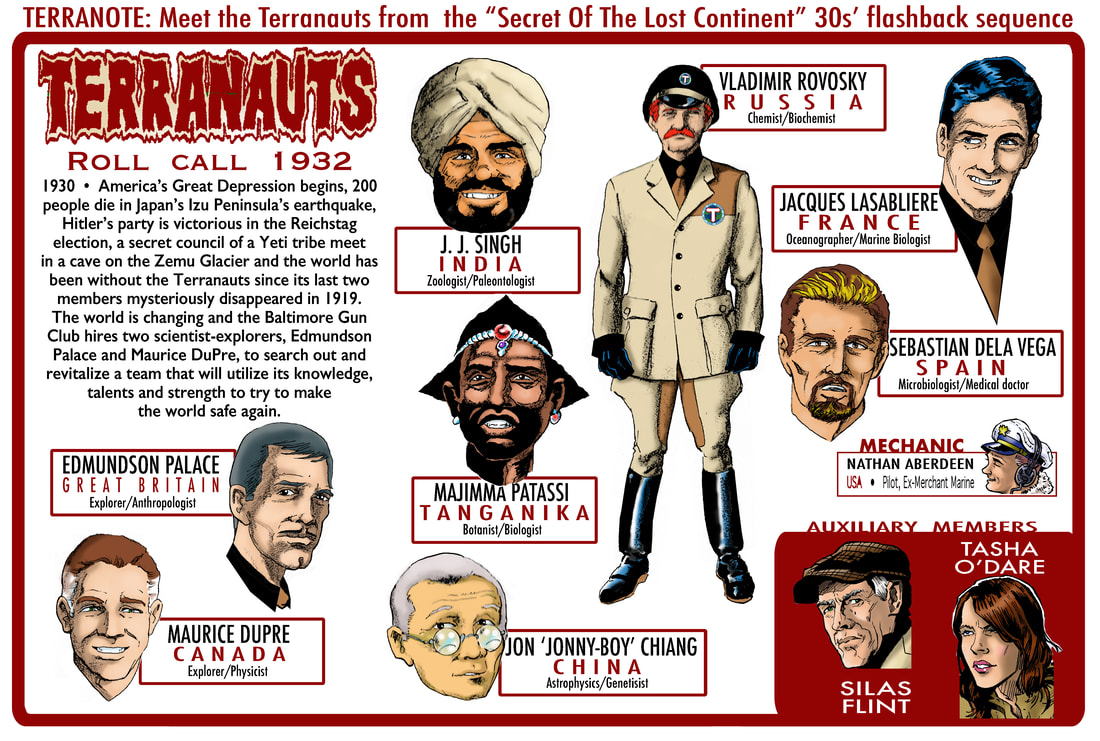 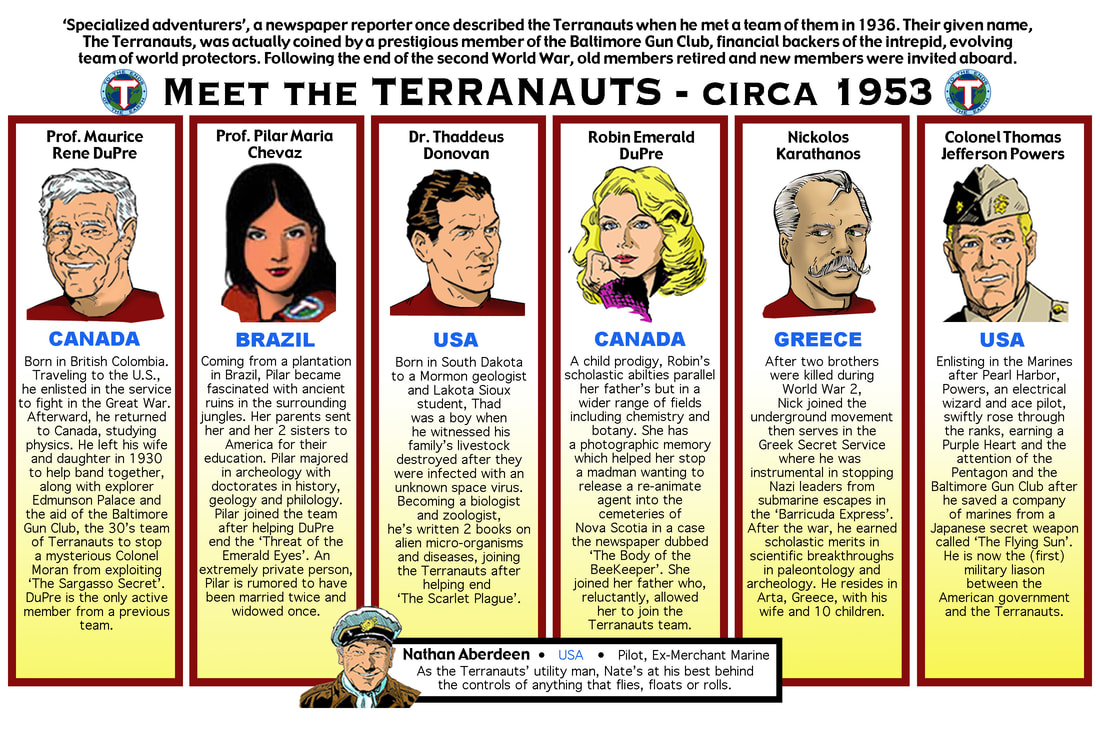 We change out Bill Lux's Homepage art with each new story.
​
And since we enjoy his 'Pin-ups' so much, we decided to create a spot on the Characters' page just for those we have replaced... 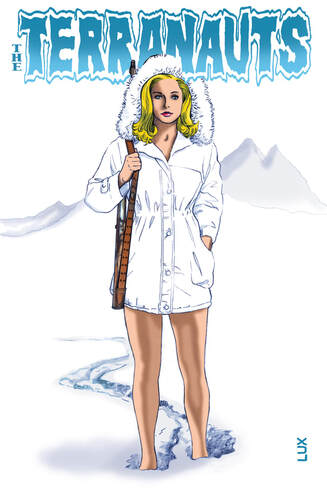 Along the way, some of the other guys have contributed to the 'Gals of Terranauts' page, as well. The gal below was penciled by Paul Daly, inked by Rick Burchett, and colored by Don Secrease... 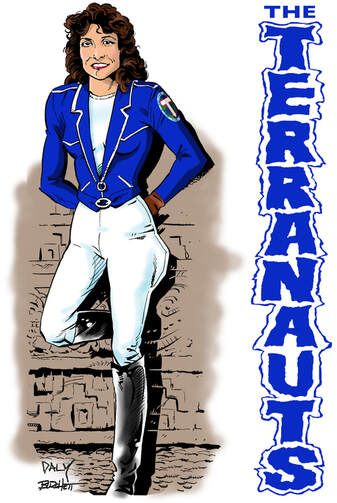